You have not donated yet

This past year the NY ALARM PAC has supported a number of legislative issues. Chief amount them has been the Evergreen Bill sponsorship. This bill has been introduced in both the Senate and the Assembly. In the Assembly, Assemblyman Robin Schimminger, Chair, Committee on Economic Development, Job Creation, Commerce and Industry , has sponsored the bill. He has been a long time friend of the industry, assisting with the defeat of the legislation what would have made Limitation of Liability and Exculpatory Clauses void. In the Senate, Senator Mike Ranzenhofer, has been the sponsor and has consistently got the bill passed on the Senate side.

We look forward to another successful year in Albany. 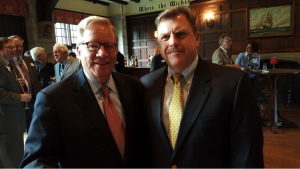